In the summer of 2000, the Fitzgerald and Borsch families got together for a family picnic in Forestville, Minnesota, in the southeast corner of Minnesota near the towns of Preston and Lanesboro (the latter was the birthplace of Dad’s mother, Margaret Fitzgerald Borsch). The video below are some highlights of that trip and family picnic.

In 1868, the railroad bypassed Forestville, MN and the town eventually died. Not right away, but in time my distant relatives, Thomas and Mary Meighen, saw the town dwindle, people move away (and they did too), and they were left with the farm and the store attached to their home. Farm workers, paid in ‘chits’, kept the store going until 1910, when Thomas abruptly closed the store — the last business in Forestville — with all the merchandise inside.

My Dad and his cousins told stories of being little kids on weekend holiday at the farm, rubbing the windows so they could peek inside at all the old clothing, canned goods and sundries inside. Nearby Preston, where many other relatives lived, thrived since the railroad passed through it instead of smaller Forestville to the south.

Eventually, the Minnesota Historical Society (MNHS) purchased the property (and what was left of the town property) and turned it into a State Park.

MNHS sent representatives down to the picnic and they took copious notes as Dad and his cousins told stories, corrected some of the placement of artifacts (“No, No…his desk was turned the other way!”) and so on. 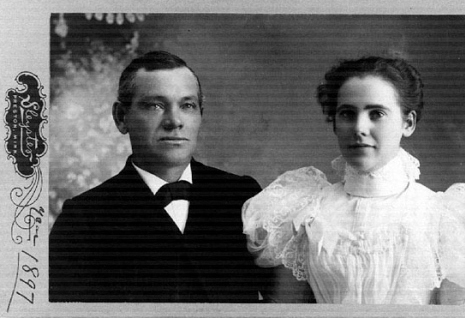 I keep finding these videos so I’ll keep posting. This is one I shot on my iPhone as Dad opened up our card at his birthday celebration. We held it on Sunday, January 8, 2012 even though his birthday was on the Thursday the 5th since we could all get together with him on Sunday.

At as many family events as possible we would always persuade Dad and the grandkids to pose for the obligatory group shot. This time Steve used his Kodak Zi8 (a handheld video recorder) to shoot this 27 second snippet of video:

Wow…huge thanks to Rich Fitzgerald for handing me a CD today at Dad’s funeral luncheon. On that disc was a video compilation of 8mm film his father Jerry had shot dating back to the early 1960s. What was unexpected, and quite a delight, was that this footage contained scenes of one of Nancy and my favorite memories camping with Rich’s mother Gretchen and his Dad up at Lake Ida in Alexandria, MN in 1963.

This video is of a slideshow played at Dad’s visitation on Monday, March 25, 2013:

Bill’s uncle, Paul M. Peterson, was married to his mother Margaret sister (Frances) and was an attorney. Very early on (beginning in the 1930s) Paul had a 16mm movie camera. He shot multiple films over the years and there are a few snippets within this film that feature Bill, his sister and parents, his grandparents as well as cousins and other extended family members.

After the film’s discovery, Paul’s daughter, Joanie Peterson Nelson, arranged to have the film sent to 20th Century Fox in Los Angeles since a cousin there could perform telecine conversion to 1″ broadcast quality videotape. From that 1″ tape came a 3/4″ tape and an audio voiceover was performed by Joanie as you will hear in the video. (One sad part is that, after the telecine transfer was made, someone apparently threw away the 16mm film! Steve was intending to obtain the film—in order to make direct film-to-photo transfers from individual film frames—but no one knows what happened to it and the assumption is it was tossed out).

Within this converted-to-video film are snippets of moving images of Bill, his nuclear family and grandparents. As Bill’s children, it is particularly fun to see Dad’s grandparents moving (in the past we’ve only ever seen static photographs of them) and Dad climbing out of a car in the late 1940s: 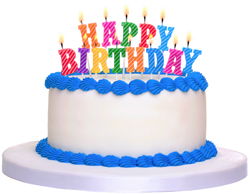 The family gathered at Dad’s house for his January 5th, 2011 85th birthday celebration. Deciding we would record some stories, we asked Dad some questions to spark rememberances. At the beginning Dad talks about his sister meeting the son of Dad’s dear companion in his last decade, Esther Geil, since he is the lead mechanic at a Lexus dealership where Marlys went in to have her car serviced.

Other stories start at:

Several scenes of Dad and family at a Borsch Christmas from 2011.